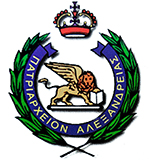 Holy days of Christmas His Beatitude the Pope and Patriarch of Alexandria and All Africa Theodoros II, found in Cairo, to patrons of spiritual observances and Operational Events in patriarchal ethos.

On the eve of the great Festal, after the Divine Liturgy, His Beatitude received the Patriarchal Guardianship Scouts of Cairo, who, led by District Superintendent k.Aleko Kazamias, sang the traditional carols. Remembering the time and he was a scout in Crete, His Beatitude congratulated the Scouts for their work, which this year celebrates one hundred years of life, and offered photos, souvenirs and a substantial amount to aid their activities.

Then, His Beatitude visited Elders Kairinous inmates of nursing homes the Greek Community of Cairo, where, along with the Boy Scouts, their sang carols and handed out gifts, followed by the visit and exchange greetings with inmates Aravorthodoxou Nursing, in Heliopolis Cairo.

When kyrionymo day of the Nativity of Christ, the Alexandrian Primate etelese the liturgy of Christmas in the Holy Patriarchal Church St Nicholas Cairo, assisted by the Sev.Mitropoliti Memphis k.Nikodimo, Patriarchal Vicar of Cairo, the Babylon Theof.Episkopo k.Nifona , Abbot of the Monastery of St. George P.Kairou, the Exarch of the Russian Church p.Viktor Koulagka and the clergy of the Throne, while symprosefchomenos attended the Sev.Mitropolitis Ermoupoleos Mr. Nicholas.

The wishes of the Egyptian government officials transferred the Presidency, the Government, the Army and the administration of the city of Kaΐrou, which His Beatitude thanked for their presence and asked them to convey his wishes to the Exoch.Proedro of the Egyptian Republic, Mr. Mansour pump and to the Chief of the Egyptian Armed Forces General Sisi. Greece was represented by Exoch.Presvis Christodoulos Lazaris, Cyprus Consul k.Fotis Entim.Genikos the fire, the Greek Community Chairman Mr. Christos Kavalis Aravorthodoxi Community and its President Hosni k.Romper.

After the Eucharistic Synaxis, His Beatitude accepted the Feast wishes Coptic Patriarch Theodoros B. Kalosorizontas the Coptic Primate, His Beatitude expressed his sincere Joyful feelings about the visit, noting their common interest in the prosperity of all Egyptian citizens regardless of religious confession. On his part, the Coptic Patriarch and he expressed his satisfaction with the mutual understanding that governs relations between the two churches and wished to dominate the love in people’s hearts. Terminally exchanged souvenirs.